An expected “massive expansion of electric vehicles” in the coming years could lead to the electricity network becoming overwhelmed unless multi-billion euro funding is provided for the “huge challenge”, the transport and environment minister has warned.

Eamon Ryan said that while it seemed like a headache down the road, it was “not that far off” to expect the ramping up of electric vehicles.

A lack of sufficient charging points to power them in urban areas would pose a huge challenge unless financial provision was made, he added.

If the four local councils (in Dublin) put in a bid, that will start us in the right direction.

Local authorities were being urged to apply for funding for municipal electric charging points in order to mitigate residents in rows of urban housing and apartments requiring chargers for their cars, he said.

“It was very disappointing previously that the funds put in place for a couple of years now calling for local authorities to come forward with applications for municipally charging. Only two councils, Dublin City Council and Louth County Council, had made an application.”

Local authorities in Dublin have recently decided to work together on ramping up their charging points, he said. 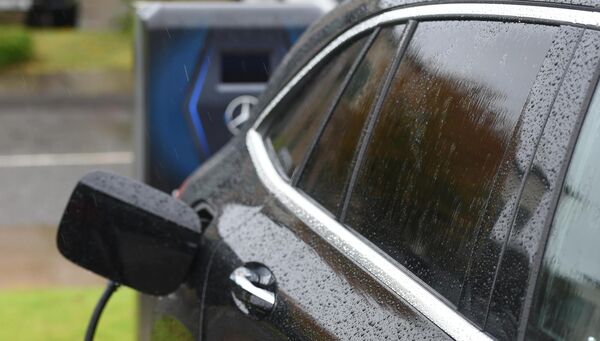 “I expect it to take off because as everyone can see now, the range of models about to come into play are going to dramatically increase, with improved capabilities, lowering costs and with a better range,” he said.

Mr Ryan told TDs and senators in an Oireachtas Committee hearing that one of the big challenges for urban constituencies is going to be managing electricity supply for all the new charge points.

“In an apartment dwelling or for people in a row of terraced houses, or even in an ordinary suburban area, if everyone in a single row of houses was to get an EV, and you also have a heat pump, is how you manage the distribution grid at the local level.

“That level of electricity is a real challenge. In those circumstances, innovative solutions around municipal charging points, be it using lamp posts or municipal car parking or other mechanisms, is where we are going to need to go,” he said.

The key agency would be the ESB with support from the Commission for Regulation of Utilities (CRU), because the costs could run into billions, he said.

“How you deliver is the distribution networks, the ESB will have to invest in the network. The CRU has to agree with what the ESB envisages for that investment. It is not that far off because we are going to see a massive expansion in EVs because they are better cars.”

Read The Full Article On: Investorplace Unlike other electric vehicle start-ups, WKHS stock has a product, sales and a strategy Fisker (NYSE:FSR), which doesn’t yet make…

Read The Full Article On: Cars f you’ve been shopping for or researching an electric vehicle, you’ve almost certainly heard about things like EV tax credits,…

Read The Full Article On: Investorplace With more solid EV stories out there, take a pass on uncertain FSR stock Like its peers in the…

Read The Full Article On: Auto LONDON: Greater use of electric vehicles and expansion of renewable energy capacity to cut noxious emissions will mean accelerating demand growth for copper…