Read The Full Article On: Markets

Shares of Blink Charging, a small-cap company focused on developing a network of electric vehicle charging stations, plummeted as much as 37% since Wednesday after two back-to-back short-seller reports were released on Wednesday and Thursday.

On Wednesday, Culper Research released a negative report that alleged Blink Charging “vastly exaggerated the size of its EV charging network” in order to enrich company executives. The report sent shares tumbling as much as 16% on Wednesday.

Culper said it holds a short position in Blink Charging, adding that shares are “ultimately worthless,” according to the report.

Shares fell as much as 32% on Thursday after Mariner’s report was released.

After both back-to-back reports were released, Blink Charging responded to the allegations in a statement on Thursday, saying that it “categorically denies the allegations and their implications” in the short-seller reports. Blink added that it believes the reports “were intended to manipulate our stock price downward in support of short sellers,” according to the statement.

The company statement may have reassured some investors, as Blink’s share price ultimately recouped some of its Thursday losses following its afternoon release.

Shares of Blink Charging are up 408% year-to-date as of Wednesday’s close, as investors search for companies poised to benefit from the meteoric rise of Tesla and the electric vehicle industry. 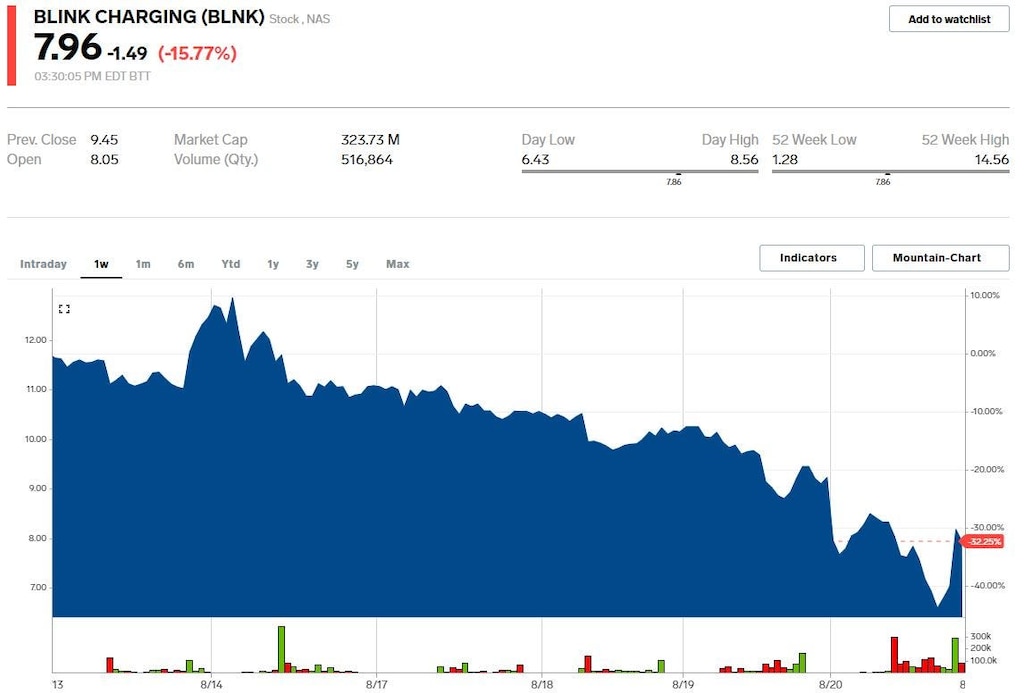