One of the barriers to widespread electric vehicle ownership simply comes down to purchase price. An EV remains more expensive than a conventionally-powered equivalent. The cheapest EVs you can buy today include the Nissan Leaf and the upcoming Mini Cooper SE, both of which start at around the $30,000 mark.

That’s why the arrival of EV automaker Kandi America is so significant, as its base offering, the Model K27, will cost a mere $19,999, and that’s before the federal tax credit is taken into account. With those credits included, the price drops to just $12,999. It’s not the first time that China has developed an electric vehicle that significantly undercuts the more established brands. 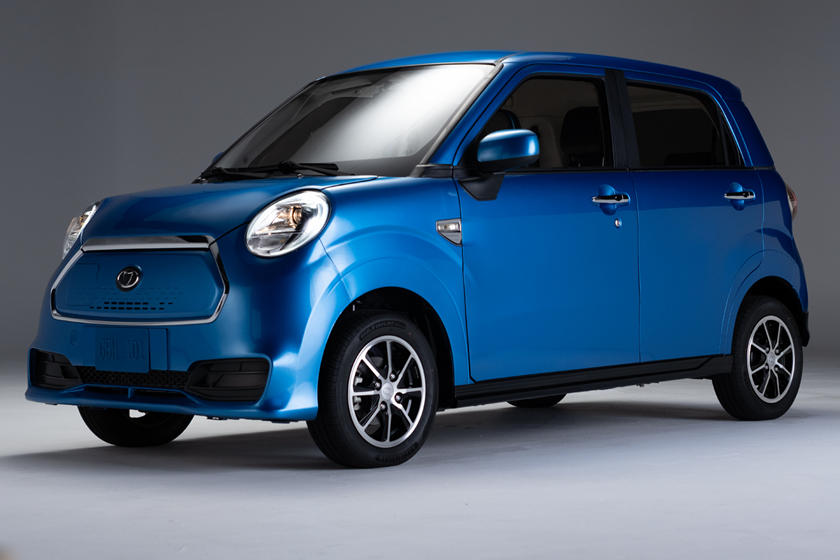 Kandi is based in Garland, Texas, and has been producing electric vehicles in China since 2012. Along with the Model K27, a larger EV somewhat confusingly named the Model K23 will begin at $29,999 or for as little as $22,499 after the federal tax credit. Of course, for these prices, both vehicles are quite basic.

The K27 manages just 27 horsepower and has a top speed of only 63 mph, so it’s advisable to steer clear of the fast lane on highways. The 17.69 kWh lithium battery takes seven hours to charge via a 240V outlet and will provide a range of around 100 miles. Other than a nine-inch central touchscreen, the cabin appears predictably plain. You do also get a rearview camera, dual front airbags, and Bluetooth connectivity, at least.

At 136.2 inches in length, the Kandi K27 is remarkably 14.9 inches shorter than a two-door Mini Cooper hatchback, yet can seat four adults.

The larger K23 produces 28 hp and can reach 70 mph, while its larger 41.4 kWh ternary lithium battery equates to a much better range of 188 miles, although the charging time increases to 7.5 hours. It is similarly sparsely equipped although comes with a bigger 10-inch touchscreen.

Neither Kandi model is especially attractive, although to judge them on aesthetics would be missing the point of these high-value, emissions-free city runabouts that would make EV ownership a more realistic prospect for many people. The Kandi K23 and K27 are expected to launch in truck-crazy Texas before becoming more widely available in the US market. It remains to be seen what local customers will make of them.