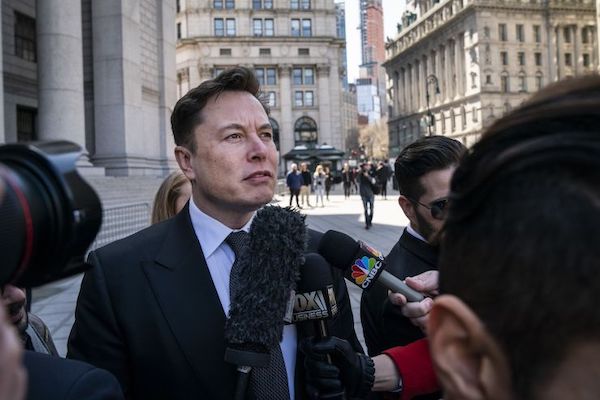 You can read the full article on: Bloomberg

It is exactly a year since Elon Musk’s ultimately futile attempt to redefine the meaning of the phrase “funding secured.” At least he immortalized it.

Much has changed with Tesla Inc. in those 12 months since its brief, largely phantasmagoric brush with buyoutism. Just as importantly, much hasn’t.

First, though, a lot has happened. Tesla reported two consecutive quarterly profits for the first time ever and started selling the Model 3 at scale (including overseas). There was a curiously chiaroscuro unveiling of the Model Y. Musk hosted an autonomy day and talked of a million robotaxis-in-waiting next year. At the other end of the scale, there were job cuts and price cuts and a head-snapping series of rethinks on retail strategy. There was a settlement with the Securities and Exchange Commission over that tweet and then a New York court appearance by the man himself to hear his lawyers dispute the finer points of that settlement. And, along the way, Tesla’s chief accounting officer resigned after just 29 days on the job, the chief financial officer left after his second stint in the job, and the chief technology officer and co-founder decided to switch to a somewhat less-high-profile job.

Yet so much is much the same. Tesla is still a public company with a stock that, despite dropping 39% in the meantime, sports a triple-digit forward earnings multiple — indeed, it stands at 669 times today versus a mere 281 back then. It retains a fiercely loyal customer and investor base alongside a big cohort of dogged short sellers. Corporate governance, nominally reformed after the SEC took umbrage at the takeover twittering and forced Musk to temporarily give up his chairman position, still features some old hands or, in the case of Larry Ellison, recently installed friends.

The most interesting continuity, however, is one that actually seems like a change.

Less than a week before his thumbs got to work, Musk hosted an earnings call for the second quarter. Recall that for the first half of 2018, the big issue was Tesla’s struggle to get its production line running smoothly. It was a frustrating but heady time of tents and “burst weeks.” So this was the first thing Musk said on that call on August 1:

“Hi. Thank you for joining. First of all, I’d like to say we’re incredibly proud of the Tesla team for producing 7,000 Model 3, Model S and Model X vehicles in the last week of June.”

Production has picked up since that second quarter, though it hasn’t averaged that 7,000-a-week figure, and the latest quarter’s pace was only a shade above the fourth quarter of 2018.

Yet production is no longer the dominant theme in the narrative around Tesla. Here’s how Musk opened the latest call, on July 24:

“So last quarter we delivered more than 95,000 vehicles, which is a record for Tesla. To put that in perspective, it’s nearly an 80% increase in deliveries compared to the second quarter of last year.”

Over the course of 12 months, the emphasis of debate has shifted down Tesla’s supply chain — from the kinks on the production line, to the logistical challenges of actually delivering vehicles, to final demand from consumers. Yet these are all really facets of the same question: Can Tesla make and deliver its vehicles at a price that both spurs demand and delivers profits at a level justifying its $52 billion enterprise value?

It is the same question that was being asked of Tesla in various forms during the months leading up to the “funding secured” tweet and which clearly irritated Musk, who memorably dismissed them as “boneheaded” on an analyst call (he apologized for that on the next one, six days before the tweet).

The main reason for skepticism about Musk’s claims of an imminent buyout at the time was that Tesla still hadn’t demonstrated it could generate the profits and cash flow to justify its then-valuation, let alone a takeover premium. The profitable third and fourth quarters quieted, but didn’t silence, the questioning, as everything from the high-end specs of the Model 3s being delivered to sudden shifts in Tesla’s spending raised doubts about its sustainability. Those doubts were borne out by the first quarter’s slump in sales and profits and the most recent quarter’s losses despite record deliveries.

Delivering the latest results, Musk expressed confidence that Tesla was “now at the point of being self-funding” and would generate positive free cash flow in future quarters, albeit with “temporary exceptions” around the launch or “ramp” of new products.

Then again, on January 30, speaking on another call and already a month into the first quarter, he had this to say:

When the books closed only two months later, vehicle deliveries had slumped and Tesla reported a loss of more than $700 million. It lost more than $400 million the next quarter. Tesla eventually secured some funding in the form of raising new debt and equity in early May.

Even as bulls point to Tesla’s demonstrable growth, its track record of missed targets and overconfidence is a long one. It is particularly unfortunate for Tesla that the anniversary of last August’s extreme example of this coincides with a report from my colleagues at Bloomberg News about documents showing the National Highway Traffic Administration sent Musk a cease-and-desist letter last year regarding safety claims for the Model 3. A year on from “funding secured,” buying the stock remains an act of faith practiced in the shadow of repeated setbacks. 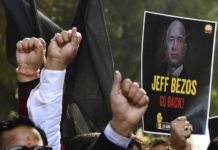 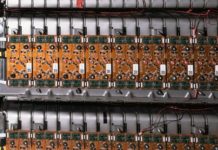 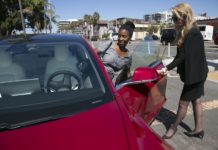